Traditional ‘Lomi Lomi Nui’ Massage has been practised by Hawaiian Ka Hunas (ancient shamans).Over many years of practice it became a powerful tool among Hawaiian people.

This massage has many therapeutic effects both on the body and soul of the person being treated.

Through regular treatments you gain a deeper understanding of yourself and the surrounding world. On a higher level of consciousness you become at one with the world around you, and on a physical level the body restores itself by getting better and healthier with each treatment.

Lomi Nui can eliminate pain (energy blockage in cells) and loosens up stiff joints. On a physical level you will feel much better and healthier, on a mind and body level Lomi Lomi Nui brings peace, harmony and trust to the world and to yourself. It has a “hypnotic effect” bringing your mind to a place of absolute stillness.

The massage is performed on the whole physical body, as well as on the energetic ‘bodies’ which surround the physical one.
Hands, elbows and forearms are used in dynamic, deep movements that mimic the ebb and flow of the ocean.

The mystical foundations of this work provide a vehicle for our own transformation. Its aim is to bring us back to our natural selves — deeply connected with our innate intelligence, the wisdom of Nature, and our communion with Spirit. It is in releasing resistance and opening up to our deepest Self that the beautiful ‘by-product’ of Lomi Lomi Nui emerges. We move forward with Grace and Beauty and our life soars. 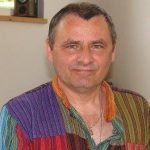